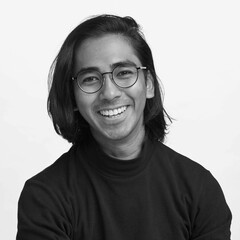 I love horror, especially within fantasy and science-fiction. Having been brought up in Southeast Asia, I am familiar with it's folklore and unique version of horror and try to incorporate its themes and atmosphere into my work - this includes illustration, character design and sculpting.
I spend my free time painting Warhammer miniatures, deciding which game on my Steam library to play, cooking and going on long runs.